Around the world in a manual Audi R8

We are used to seeing incredible stories in Hollywood productions, but it is true that sometimes reality surpasses fiction. An example is the story of Erik Dietz, an American who fulfilled his own dream of buying an Audi R8 with manual transmission, lovingly nicknamed NardoR8.

The dream itself was not so much to own this supercar, but to go around the world with it, and Dietz took advantage alongside its wife Tatiana, to tour other countries and take part in events of all kinds, including ‘trackdays’, where he also met many other automotive enthusiasts.

A dream of youth

It all started in Los Angeles County, California, where Erik Dietz grew up. “Seeing the Iron Man movie in high school allowed me to get to know the Audi brand, and in particular the Audi R8, which I saw for the first time on screen” says our protagonist. Although he liked motorcycles at the time, he fell head over heels in love with the Audi R8 and the history of the German brand in competition.

Erik’s passion was fueled during his adolescence, in Bel Air and Beverly Hills, two wealthy areas of Los Angeles, where exotic and expensive cars are the norm. Although he grew up without frills, in poor economic conditions, he set out to work hard to achieve his dream: the Audi R8. 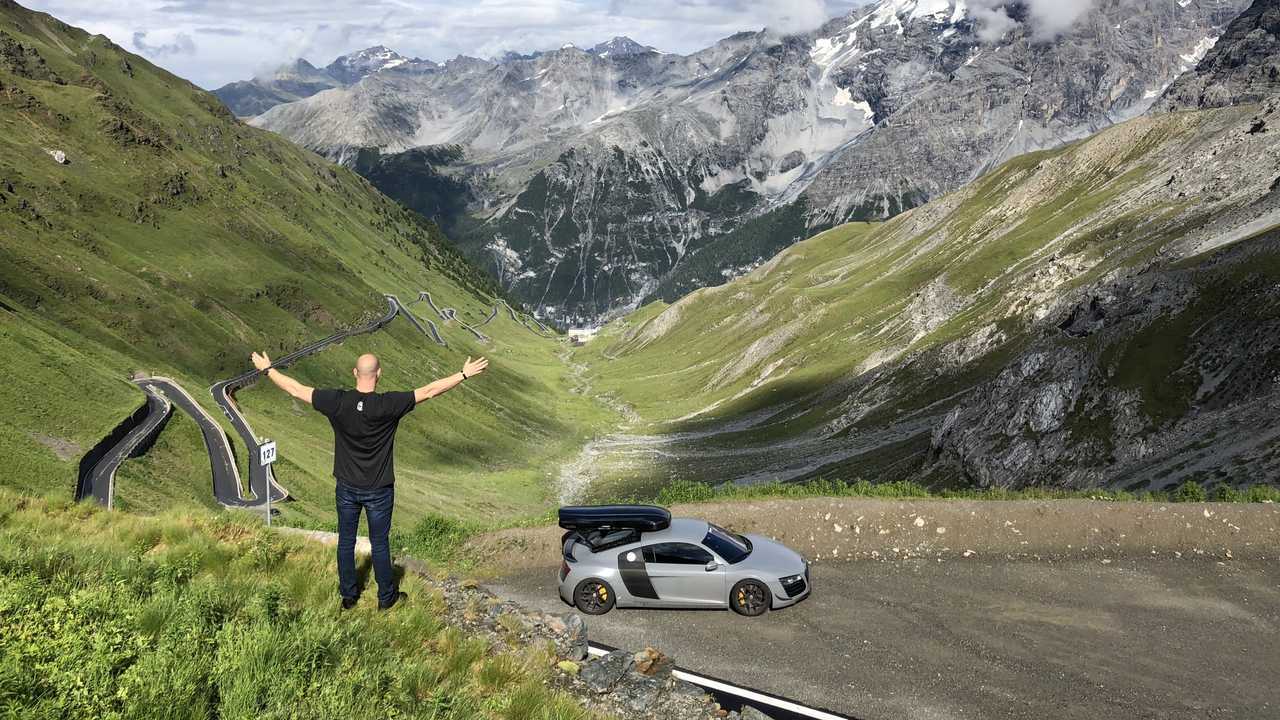 At one point, he founded the so-called Autobahn Club in Los Angeles, aimed at Audi enthusiasts, with which he then organized more than 30 events a year. From barbecues and meetings, to excursions and days in circuit, a.k.a ‘trackdays’. Through the club, Erik was able to meet Simon Meier, an Audi Tradition worker in Ingolstadt, in charge of taking care of the historic Audi collection. This relationship would prove to be crucial to achieving his dream.

In early 2015, when the second generation of the Audi R8 was on the peak, Erik decided he should take the plunge and bought one with a manual transmission. “It´s Now or never”!. The problem? In the United States it was no longer possible to order the V8 version with manual transmission, so Erik had to pull his friendship with Simon Meier, and thanks to his ‘internal contact’ in the brand, Audi accepted the order for his Audi R8 manual, in Nardo gray, which was delivered in July 2015.

The car, which was one of the last Audi R8 manuals to be manufactured, helped Erik to make a lot of relationships on social networks, as well as to undertake a trip around the world with his wife, Tatiana, attending all kinds of events, meeting their fans and even putting the car on the track three or four times each month.

In total, the couple and their NardoR8 visited 24 countries, in addition to the 48 contiguous United States (that is, all but Alaska and Hawaii), and have traveled more than 230,000 kilometers with their beloved supercar, having ridden in circuit in 150 occasions, between 2015 and 2019.

In 2018, after Tatiana’s illness, which forced the couple to part with most of their assets, they were about to sell the NardoR8, which also needed a new V8 engine (due to the lack of compression in one of the cylinders) But Audi of America donated a 4.2 FSI V8 to the couple, allowing the car to currently remain in Erik and his wife’s garage, which fortunately recovered.

Some dreams can actually come true. Mr. Dietz, we salute you!

Play to win a discount code!